Showing posts from October, 2016
Show all

Ask MO Anything: Will There Be More Tilting Trikes?

Ask MO Anything: Will There Be More Tilting Trikes? : Dear MO by, So, I’ve read a ton of stuff about tilting trikes, but barring the one conversion company, tilters are all scooters. Will there be major manufacturers’ support for these in the near future? Thanks! Steve Traynor 17 years of enjoying The Morons! Dear Steve the Enjoyer, We wouldn’t be surprised to see more tilting motorcycles as we Boomers (the ones with all the dollars) move into our dotage, especially seeing how well all the non-tilting trikes like the Can-Am Spyder have been selling. We already knew a lot of of us were unhinged before the current election cycle; now we’ve been made aware of how many of us are downright unbalanced . By “the one conversion company” you mentioned, do you mean Tilting Motor Works ? Tom and the kids already tested its Trio earlier this year in his seminal work Three-Wheeler Threeway , wherein everyone came away mostly impressed. (That’s it in the lead photo.) That test involved a
Post a Comment
Read more

Skidmarks – Worse Than Nothing

Skidmarks – Worse Than Nothing : “It’s clear to me that more of us are dying because there are too many people who really shouldn’t ride motorcycles and the industry and advocacy groups do nothing to discourage them.” —Gabe Ets-Hokin, “So Why Are we Dying?,” CityBike Magazine, August 2012. Is formal rider training worse than nothing? Back when the Hurt Report came out, there was almost no formal rider training in the United States, and that was one of the factors Hurt predicted would reduce fatalities if it was instituted, along with helmets and a few other things. Thirty years into state-sponsored motorcycle training, how did that work out? Not so good. Despite millions of motorcyclists attending state-sponsored motorcycle training courses in 50 states since the late 1980s, motorcycle fatalities per vehicle mile travelled (VMT) or per million population, seems to be higher than it was in the early 1980s. I’ve written about this before . Some well written and thoughtful res
Post a Comment
Read more 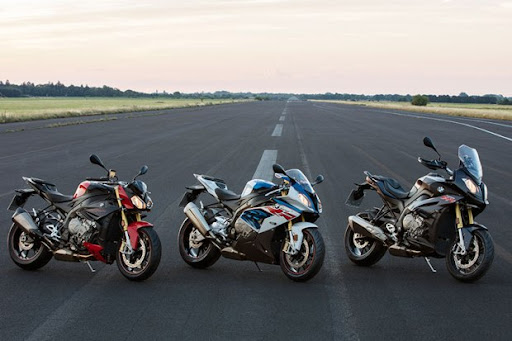 10 Tips For Packing For A Motorcycle Tour

10 Tips For Packing For A Motorcycle Tour : While my colleagues do enjoy teasing me about my tendency to overpack, I have a pretty extensive background in motorcycle touring and, before that, backpacking. Also, I believe that I’m the only member of the MO staff that has ever lived on a bike for a period of months. (While chronologically, my cross-country trek took over three months, I spent about four weeks of that period living in a “nest” of gear in the corner of a friend’s Phoenix apartment.) Before settling down to a life of domesticity, child-rearing, and working in the motorcycle industry, my periodic freelance employment allowed me to hit the road for extended road trips. From these two-wheeled forays, I will now give you a little insight into the twisted world that is my technique for preparing for a motorcycle tour. 10 Tips For Packing For A Motorcycle Tour appeared first on Motorcycle.com . (Via Motorcycle.comMotorcycle.com )
Post a Comment
Read more 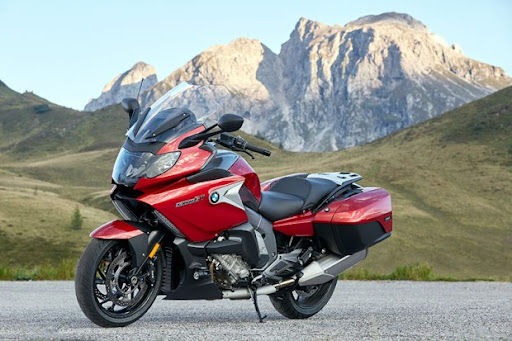 2017 BMW K 1600 GT | First Look Review : Updates to BMW’s K 1600 GT sport tourer include new electronics, new safety and convenience options, styling updates and new colors. When the BMW K 1600 GT and K 1600 GTL broke cover in 2010, they promised to bring new levels of performance and sophistication to the sport touring and luxury touring segments. Differing mainly in terms of seating position, windscreen size/shape and the presence of a top trunk (on the GTL), both featured an inline six-cylinder engine with a claimed 160 horsepower and 129 lb-ft of torque, throttle-by-wire, riding modes, linked ABS, an audio system, the innovative Multi-Controller dial on the left hand grip and, optionally, Dynamic Traction Control, Electronic Suspension Adjustment (ESA) II and the Adaptive Headlight, which uses a lean-angle sensor to point light into corners. We were so impressed, both models shared Rider ’s Motorcycle of the Year award for 2012, the model year in which they debuted. Read our 201
Post a Comment
Read more

From Canada to Mexico on U.S. Route 281 : U.S. Route 281 is the only continuous three-digit U.S. Route to extend from the Canadian border to Mexico. (Map by Bill Tipton/compartmaps.com) Riders brag about their coast-to-coast exploits—how many times, how many days, how many hours. I’ve been across the country 21 times myself. Seeking a new direction, I asked myself how many of us have been north to south, border to border. Not me. I intended to address that oversight by riding from Tsplitting the country in half in the process. I rode 2,000 miles from Albany, New York, to the International Peace Garden through Dunseith, North Dakota, gateway to the Turtle Mountains. I paused at a giant turtle made completely of wheel rims, an appropriate monument alluding to the locale. The colorful floral park that is the International Peace Garden provided scenic jaunts and serene camping. The Peace Towers at the International Peace Garden rise 120 feet in the air, symbolizing the corners of t
Post a Comment
Read more