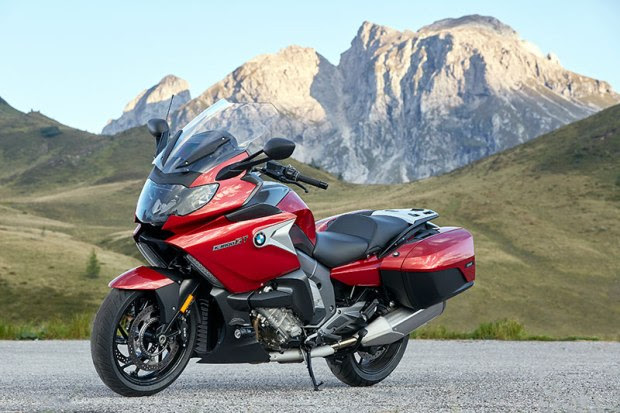 When the BMW K 1600 GT and K 1600 GTL broke cover in 2010, they promised to bring new levels of performance and sophistication to the sport touring and luxury touring segments. Differing mainly in terms of seating position, windscreen size/shape and the presence of a top trunk (on the GTL), both featured an inline six-cylinder engine with a claimed 160 horsepower and 129 lb-ft of torque, throttle-by-wire, riding modes, linked ABS, an audio system, the innovative Multi-Controller dial on the left hand grip and, optionally, Dynamic Traction Control, Electronic Suspension Adjustment (ESA) II and the Adaptive Headlight, which uses a lean-angle sensor to point light into corners.

We were so impressed, both models shared Rider’s Motorcycle of the Year award for 2012, the model year in which they debuted. 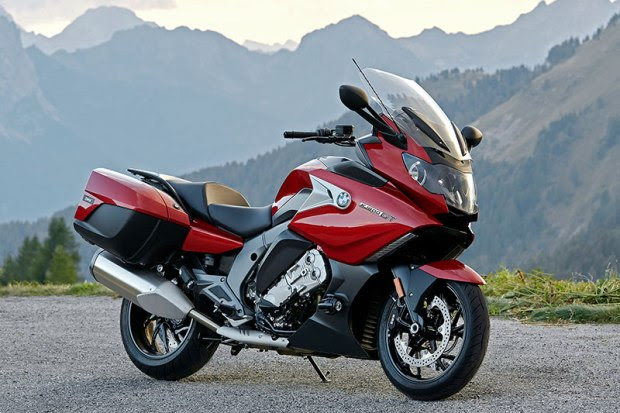 In the years since, motorcycle electronics have become much more complex and wide-ranging. For 2017, BMW’s K 1600 GT catches up and even goes further. 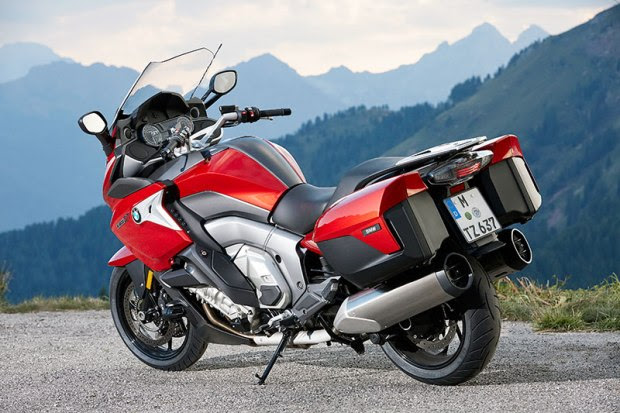 With claimed curb weight of 736 pounds, a fully loaded K 1600 GT with rider and passenger can easily exceed 1,000 pounds (allowable load capacity is 1,190 pounds). Since maneuvering half-a-ton-on-two-wheels around a parking lot can be challenging, BMW has introduced a new option called Reverse Assist, a reverse gear that is engaged using a button on the left handlebar and controlled using the starter button (similar to the reverse gear on Honda’s GL1800 Gold Wing). Another convenience option recently introduced on other BMW models and now available on the K 1600 GT is Shift Assistant Pro, which allows clutchless upshifts and downshifts.

A major boon in terms of safety is BMW’s new optional Intelligent Emergency Call, an electronic system which can be activated automatically or manually, sending the motorcycle’s GPS coordinates to the BWM Call Center to facilitate efficient rescue operations. 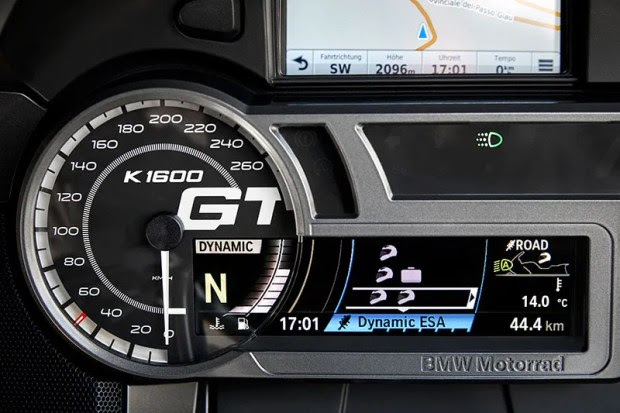 Styling updates for the K 1600 GT include a redesigned instrument panel, new side trim panels and larger wind deflectors. And there are three new color schemes: Mars Red Metallic, Blackstorm Metallic and, in the Sport variant, two-tone Lupine Blue Metallic / Blackstorm Metallic with a black finish on the engine and gold brake calipers. 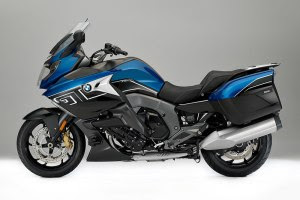 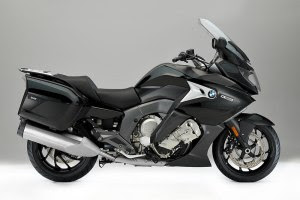