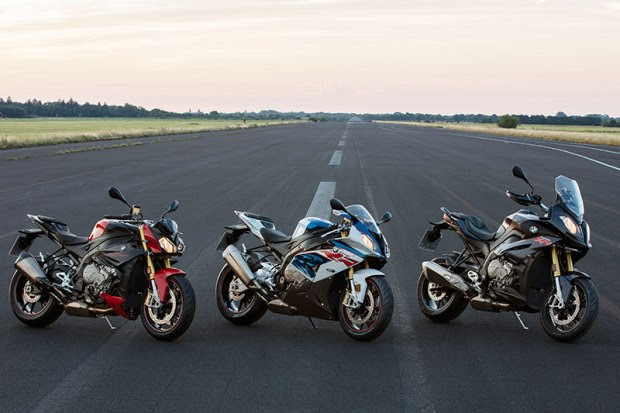 Since it debuted for 2010, BMW’s S 1000 in-line four-cylinder platform has developed a reputation for serious horsepower, cutting-edge electronics and premium features.

All three models have been updated for 2017, making them Euro4 compliant as well as adding or improving features. 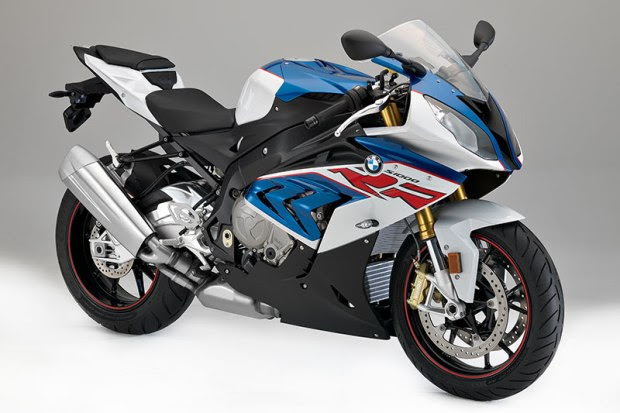 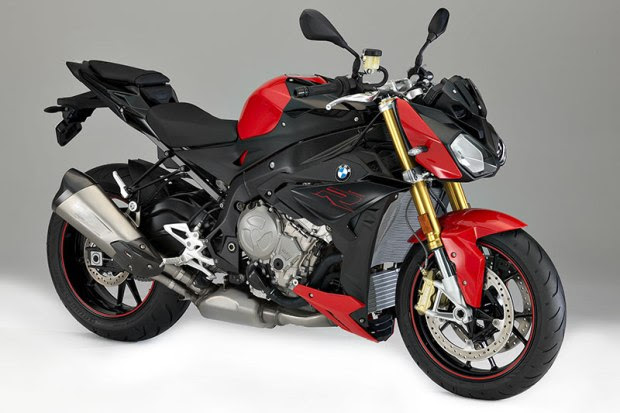 2017 BMW S 1000 R
In addition to being Euro4 compliant, the S 1000 R’s claimed engine output has increased from 160 to 165 horsepower at 11,000 rpm. Curb weight has been reduced by just over 2 pounds (and load capacity has increased by the same amount) thanks in part to a new HP titanium rear silencer and lighter main frame rear section. New vibration-free handlebars improve comfort, the multifunctional instrument cluster has improved readability (and now includes ambient air temperature) and the fairing has been made smaller. New accessory options include ABS Pro as part of Riding Modes Pro, HP Shift Assistant Pro for quick, clutchless shifting up and down, HP forged wheels (5.3 pounds lighter than the standard wheels) and Design Option Wheels with red pinstripes. New colors include Racing Red non-metallic/Blackstorm metallic, Catalano Grey non-metallic and BMW Motorsport (Lupine Blue metallic/Lightwhite non-metallic/Racing Red non-metallic). Pricing and availability are TBD. 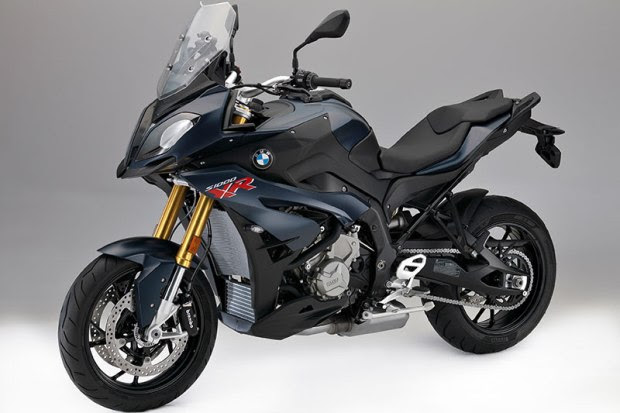 2017 BMW S 1000 XR
Like the R roadster, the XR adventure sport is now Euro4 compliant and gets a bump in horsepower from 160 to 165 at 11,000 rpm (claimed). It also gets vibration-free handlebars and a 22-pound increase in load capacity. Available colors include Racing Red non-metallic, Lightwhite non-metallic/Granite Grey metallic matte/Racing Red non-metallic and new Ocean Blue metallic matte. Pricing and availability are TBD.