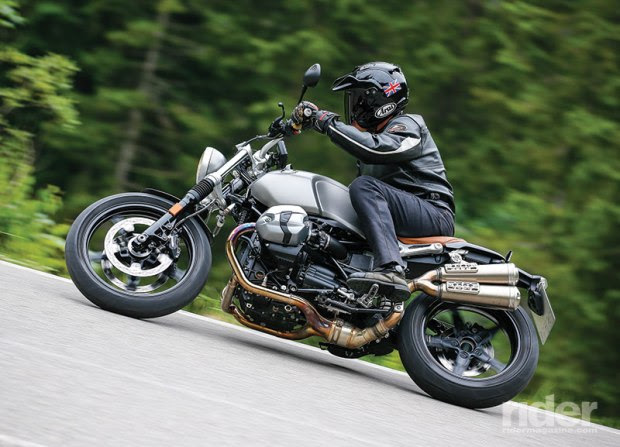 Simple is Best. That’s an axiom manufacturers are increasingly turning toward, as a counterpoint to the ongoing electronically driven techno-race. “There are lots of people who want to get away from all that technology,” says BMW Motorrad’s Head of Design, Edgar Heinrich. “They want a cool style above all else, in a lower-performance package. We must try to provide that.” 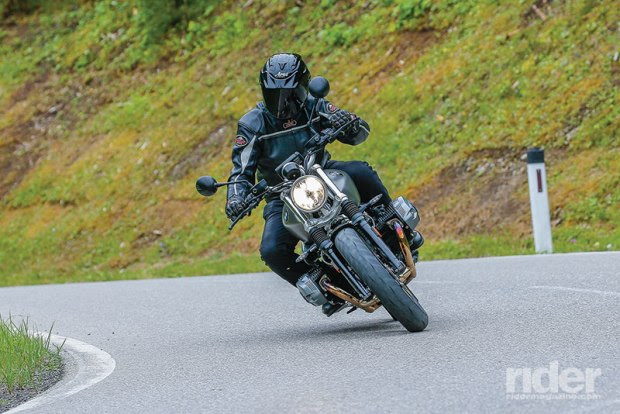 Hence the creation of BMW’s new R nineT Scrambler, providing heaps of style and retro allure, but in a modern context that’s techno-lite. Deliveries began in September of the first of the 10 different R nineT variants which Heinrich’s design team created at the same time as penning the original best-selling baseline bike. 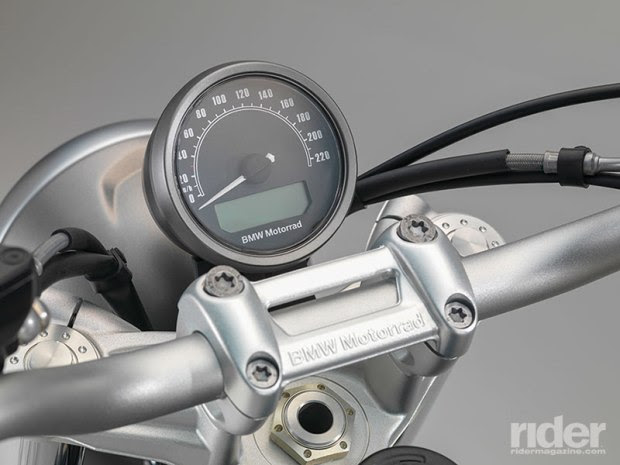 Minimalism is key to the R nineT Scrambler design, with the single instrument and simple round headlight (below) as centerpieces.

A 250-mile, two-day trip through BeeEm’s beautiful Bavarian backyard amply demonstrated the new Scrambler’s appeal as a practical but pleasurable real-world ride with heaps of personality. Whereas the more performance-focused R nineT Roadster is a bike for Sunday morning blasts along Racer Road, you’ll look forward to riding its more polyvalent Scrambler sister any time you can, whether for an hour, a day, a week or a month, on all kinds of roads, and even in cities. You can ride it to work, to go to the shops, to take the scenic route in visiting your local café or to go on holiday. You can also transform it into a reasonably serious off-road bike via the extensive list of factory and aftermarket options, which includes wire-spoked rims, and by swapping the stock Metzeler Tourance Next street rubber for the German tire company’s Karoo 3 knobbies. 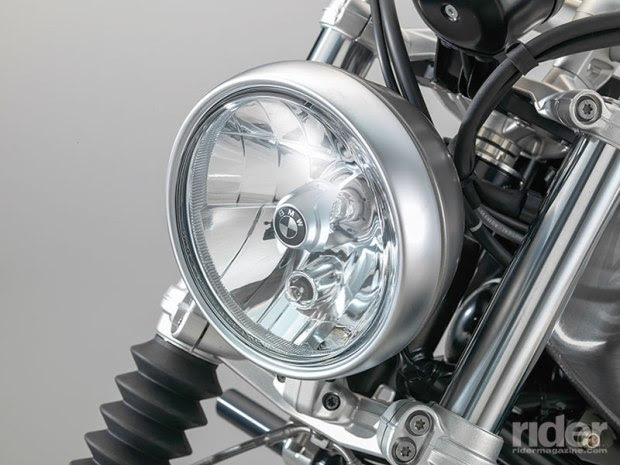 But best of all the basic Scrambler will come in quite a bit cheaper than the original R nineT—it’s priced at $13,000 vs. $15,095 for the Roadster. That’s still quite a bit of money for the bike, which is only available in a single Monolith metallic matte paint scheme—gunmetal to you and me. But less can indeed be more—especially when riding the result is so engaging, with minimal vibration from the flat-twin engine that delivers authentic personality as a traditional-style motorcycle with modern manners. 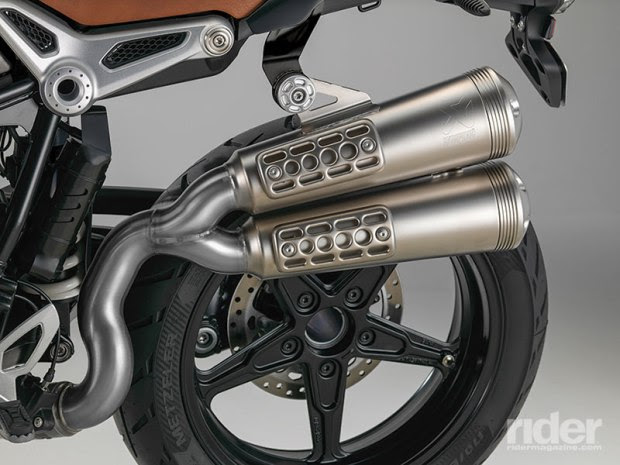 Smaller, premium Akrapovic mufflers with an even throatier song are standard on the Scrambler.

The Scrambler uses the same 1,170cc oilhead Boxer twin motor that—while Euro 4 compliant—produces the same 108.6 horsepower at 7,750 rpm at the crankshaft as its Roadster predecessor that’s still only good for Euro 3, and gives just 2.2 lb-ft less torque with 85.6 lb-ft on tap at 6,000 rpm. That’s some achievement by BMW’s R&D team, since there are no mechanical differences between the two bikes’ engines, apart from what’s surely a key factor in the Scrambler hitting the Euro 4 numbers with minimal loss in performance—the glorious-sounding, high-level Akrapovic exhaust system it carries as stock. This retains the same headers as the R nineT, but with twin stacked pseudo-SuperTrapp silencers whose droning exhaust note sounds more flat track than scrambler, and undoubtedly adds to the definite thrill you get from riding this motorcycle any place, any time.

It’s Back to the Future, Boxer-style…. 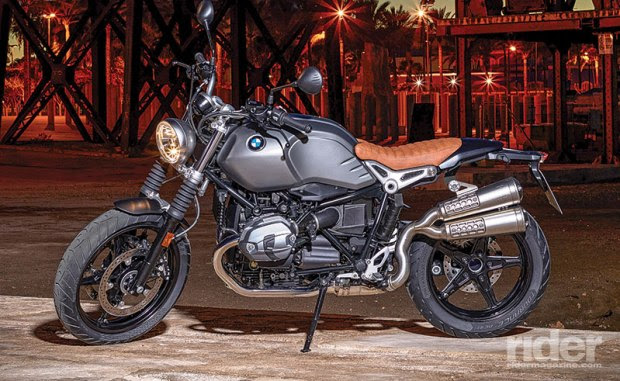