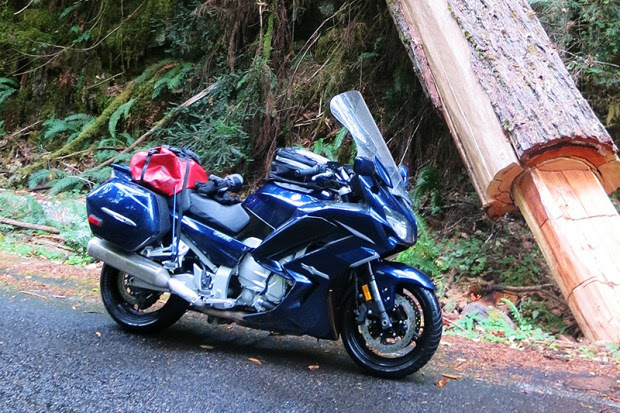 We burned nearly 240 gallons of regular unleaded during our 10,525-mile long-term test of the 2016 Yamaha FJR1300ES, and the only thing we’ve had to replace was the worn-out rear tire at 7,289 miles. We added a larger National Cycle VStream windscreen for more weather protection, but otherwise the FJR has been smooth, fast, comfortable, practical, reliable and enjoyable in stock form.

Since its U.S. introduction for 2003, Yamaha’s FJR1300 has become a sport-touring icon. With its big, 1,298cc in-line four smoothly generating more than 125 horsepower and nearly 90 lb-ft of torque at the rear wheel, this velvet hammer is a favorite of go-fast enthusiasts, solo or two-up touring fanatics and endurance riders (FJRs are often top finishers in the Iron Butt Rally). Having evolved steadily over the years, it reached a high watermark of refinement for 2016 with a revamped transmission (including a new 6th gear), an assist-and-slipper clutch, LED lighting (plus cornering lights on the “ES” electronic suspension model) and updated instrumentation. 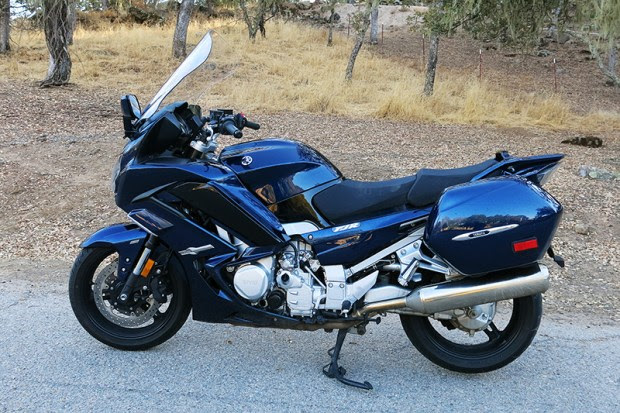 Most of our nitpicks about the Yamaha FJR1300ES are minor. Fixing them for the next model update would make a very refined motorcycle even better. 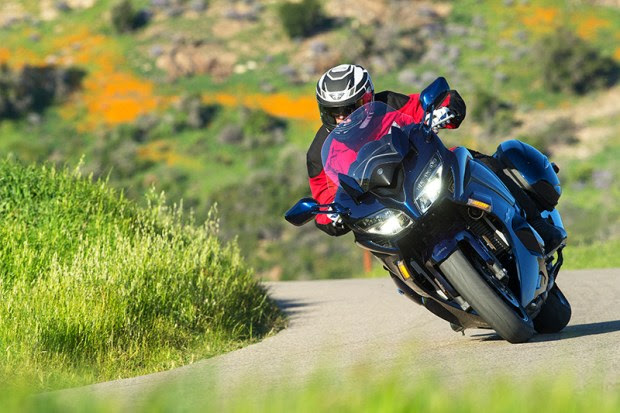 The FJR’s stock windscreen is on the smallish side and wind noise can be a bother, so we installed National Cycle’s taller, wider VStream Touring windscreen (#N20309, $209.95), which is made of FMR hardcoated Lexan. It provided smoother airflow and more protection, especially in the rain (nationalcycle.com). The stock Bridgestone BT-023 radials held up well to hard riding in varying conditions. We replaced the worn rear tire at 7,289 miles; the front tire is original, but it’s badly cupped even though it has some tread life left (motorcycle-karttires.com). 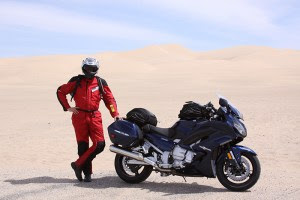 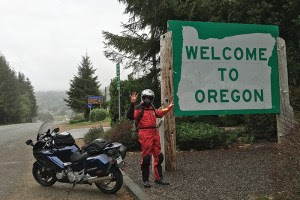 At the Oregon state line on U.S. Route 101, in California’s northwest corner.

In the next model update, we’d love to see Yamaha address other concerns: the painted luggage rack scratches easily and has no hooks for bungees; the saddlebag locks are wonky and a key is always required to open them; the sidestand can be difficult to deploy; and the big front rotors make it challenging to check/adjust tire pressure, which could be fixed with a right-angle tire valve. No bike is perfect, but as a sport tourer, the FJR1300 comes pretty dang close. 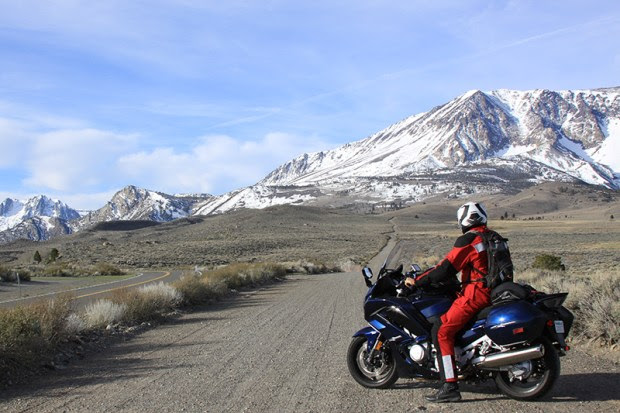 Admiring the snow-capped Sierra Nevada off of June Lake Loop, near U.S Route 395, which runs up the eastern side of California.