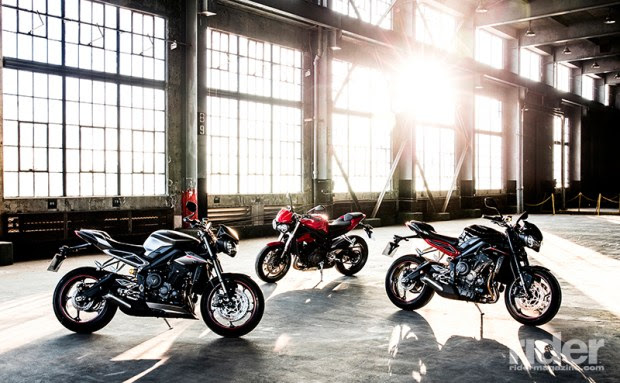 Good things come in threes: the Three Stooges, the Three Little Pigs, the number of times you have to say “Beetlejuice” in order to summon an obnoxiously dressed and endearingly silly Michael Keaton…and the 2017 Triumph Street Triple family.

Read our First Ride Review of the 2017 Triumph Bobber.

Read our First Look Review of the 2017 Triumph Street Cup.

For 2017, there will be three Street Triple variations: the street-smart S, the performance-enhanced R and the track-ready, corner-eating RS. All are powered by a new 765cc Daytona-derived inline 3-cylinder engine that is tuned specifically for each model, but that always offers more power and torque than the previous generation. The engine features more than 80 new parts, including the crank, pistons and Nikasil aluminum-plated barrels. 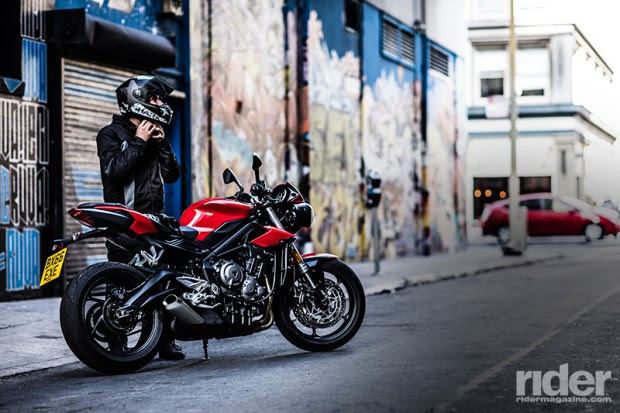 The new Striples also benefit from lighter, freer-flowing exhaust, a revised airbox and gearbox, a new slip-and-assist clutch and new ride-by-wire with up to five Ride Modes. The R and RS models also boast a new full-color, 5-inch, angle-adjustable TFT display that is controlled via a 5-position “joystick” on the left handlebar and that offers three different styles that are pre-set with the Ride Modes. 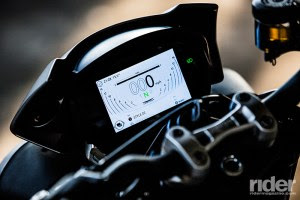 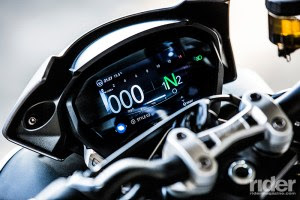 When in Auto brightness mode, the screen automatically adjusts its brightness to suit ambient lighting conditions.

Each new Striple offers a different level of power, performance, technology and suspension. The base model Street Triple S puts out a claimed 111 horsepower at 11,250 rpm and 53.8 lb-ft of torque at 9,100 rpm, an increase of 6.6 percent and 7.3 percent, respectively. It has two Ride Modes–Road and Rain–with a comprehensive instrument cluster that displays speed, engine speed, Ride Mode, gear position, fuel level, an odometer and a trip meter. It is fitted with a non-adjustable upside-down 41mm Showa fork with 4.3 inches of travel, and a Showa piggyback reservoir rear shock, adjustable for preload only, with 4.9 inches of travel. Stopping power is provided by 2-piston Nissin sliding calipers gripping two 310mm discs up front, and a Brembo single piston sliding caliper gripping a 220mm disc in the back. The 2017 Street Triple R and RS make a mean-looking pair.

Moving up to the Street Triple R, engine performance goes up to 116 horsepower at 12,000 rpm and 56.8 lb-ft of torque at 9,400 rpm, two additional Ride Modes are added: Sport and Rider (programmable) and ABS is now able to be disengaged (via the Rider mode). The trick 5-inch display, in addition to the information listed for the S model, also shows average and instantaneous fuel consumption, range to empty, riding mode selection, display style and contrast settings, service information, coolant temperature and various warning lights. Suspension components take a step up, with a fully adjustable Showa 41mm Big Piston fork with 4.5 inches of travel and a fully adjustable Showa piggyback reservoir shock with 5.2 inches of travel. Braking is now done by 4-piston Brembo M4.32 radially mounted Monobloc calipers gripping twin 310mm front discs, and the same Brembo single piston caliper/220mm disc combo in the back. It’s also available in a factory lowered model that offers a lower seat and suspension. 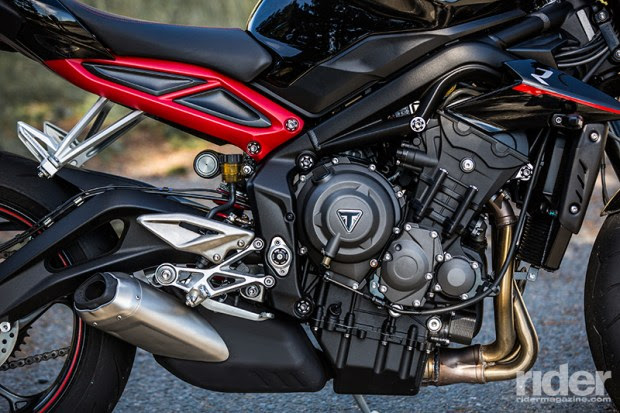 The 2017 Triumph Street Triples feature a new 765cc engine derived from the Daytona.

The track-ready Street Triple RS boasts 121 horsepower at 11,700 rpm and 56.7 lb-ft of torque at 10,800 rpm, an increase of 16 percent and 13 percent over the previous model, and it gets yet another Ride Mode: Track. It features the same 5-inch TFT display as the R, but its display adds a lap timer. It also uses the same Showa 41mm Big Piston fork, but out back it’s fitted with a fully adjustable Öhlins STX40 piggyback reservoir shock with 5.2 inches of travel. Its front brake is up-spec as well, a pair of Brembo M50 4-piston radial Monobloc calipers. The RS is also the only one of the three to have a quick shifter fitted as standard, for clutchless upshifts. 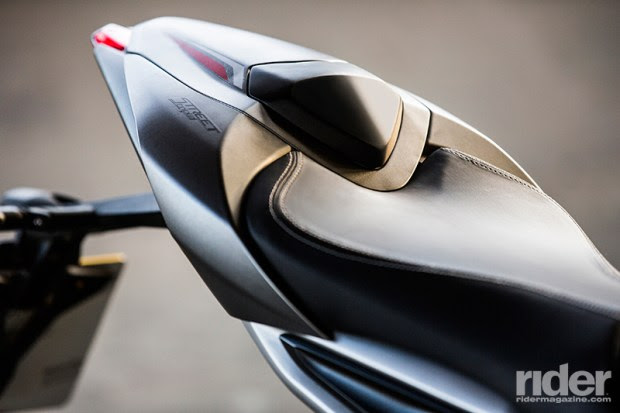 All three Striples got a bit of a facelift as well, with new bodywork and what Triumph calls a “nose down” look reminiscent of the current-generation Speed Triples. They will be available in the following colors:

U.S. pricing is expected to start at $9,900, and while availability wasn’t specified, according to a video on Triumph’s website, the bikes are set for an October launch, so it looks like we might have to wait a bit to get our hands on these new machines. In the meantime, we’ll be drooling over the Matt Silver Ice RS and saving up for speeding tickets. 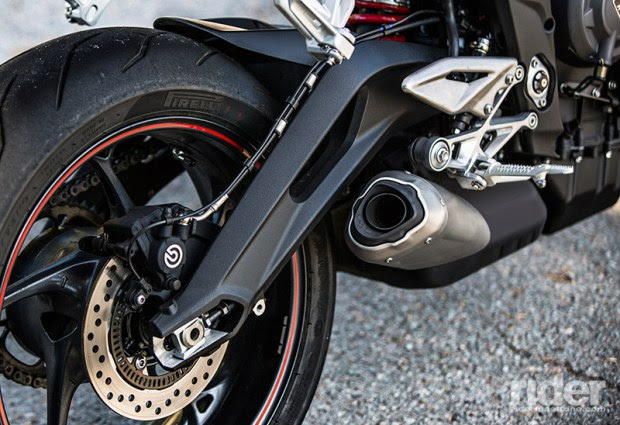 A new gullwing swingarm promises to be lighter and offer more stability.